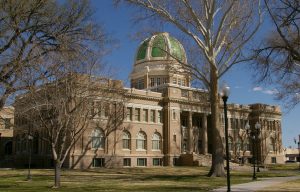 Scott Hatcher and Mark Cox successfully defended Chavez County in a suit for personal injuries which arose following an incident on April 3, 2010 in which Plaintiff, operating a motor vehicle in the early morning hours, collided with a fallen tree on a road south of Roswell, New Mexico. Branches of the tree penetrated the windshield of Plaintiff’s truck, causing severe injuries to his right arm resulting in brachial plexus damage and a resulting significant loss of function of the right arm. See Loudermilk, et ux. v. Chaves County, et al. (Cause No. D-504-CV-2012-00227). Plaintiff claimed he was unable to return to work as a truck driver and a loss of earning capacity in an amount in excess of $1.5 million along with medical specials in excess of $200,000.00.  Plaintiff’s injuries resulting in four surgeries, including a multiple tendon transfer to treat damage to the radial and medial nerves of the right arm.

The primary dispute in the case involved ownership of the road, specifically YO Road which abuts the Roswell Airport, along with any duty to maintain sufficient to trigger the so-called tort claim immunity maintenance waiver under NMSA 1978, § 41-4-11(A). In support of a Motion for Directed Verdict at the close of all evidence, the defense relied on Bierner v. Truth of Consequences, 2004-NMCA-093, 96 P.3d 322.  That case holds that a public entity which did not construct, own, or maintain a particular roadway does not have a general duty of maintenance to the public with regard to the road and is immune from suits for damages arising out claims of negligent maintenance. On Defendant’s motion, the Court found overwhelming evidence that YO Road was maintained by the City and not by the County.  There was indirect evidence of ownership of the road or the assumption of a general duty by virtue of the fact the County responded to the particular hazard on the night in question. In granting the directed verdict, the Court found such evidence insufficient to overcome the official evidence of ownership, as presented through public works personnel from the City and County, as well as the overall history of maintenance operations by the City. Plaintiffs failed to sue the City due, apparently, to a failure to satisfy the ninety (90) day Tort Claim Act notice provision.

In addition, issues of Plaintiff’s comparative negligence as well as a defense on the damages claim, specifically with the assertion that Plaintiff failed to mitigate his economic losses, were tried. The Defendants called, as expert witnesses, Ron Feder, an accident reconstructionist from Las Cruces, New Mexico on the issue of Plaintiff’s comparative negligence as well as Janet Toney, in her role as a vocational consultant, who testified following an employability analysis with respect to the Plaintiff’s ability to return to work.  Interviews with certain members of the jury following the announcement of the directed verdict indicate that a defense verdict likely would have been given on the issue of the County’s negligence, even assuming a finding that it owned or undertook a duty to maintain YO Road.